The bluestraveler is on jury duty this week.

The misery of this experience most likely stems from the destruction of a once deeply held belief in justice and the judicial system. Much in the same way that I lost the belief that my parents actually knew what they were doing as parents, the judicial system now simply frightens me with its raised fist coming down on my head. And rightly so, since that system, like my parents did, has the power to take away my freedom.

I sometimes wonder why I didn't lose my faith in the system at the same time I began to distrust my parents. Maybe that fist didn't beat sense into my head like my mother said it would.

Anyway, back to jury duty.
Posted by bluestraveler at 5:36 PM No comments: 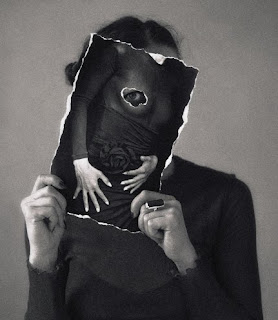 Several friends of mine each have a few different personae that emerge when the situation calls for a new personality. It's hard to keep track of these people, their likes/dislikes, gender, age, etc. It's hard enough to keep track of my friends' own likes/dislikes, so bringing these other personalities into the mix becomes confusing. I liken it to my creation of characters in my stories - they do gain a life of their own and sometimes can crowd your head. But my characters are simply that. I don't pretend I'm them when I'm out having a drink.

Why do people create a second (or third or fourth) self? I see it helping on a job interview, or when you're waiting tables (because who really wants to serve obnoxious, demanding people, day in and day out, with a smile and the hope of a decent tip so that the bills can be paid). But on a daily basis?

I think creating "alters" (as it's called, at least on "The United States of Tara") represents a dissatisfaction of one's real personality, a kind of rejection of the ego. But my friends disagree. They love their varied personalities and enjoy having instant comrades whom they not only know intimately, but get to control.

Imagine what these folks could do if they concentrated on the one personality.
Posted by bluestraveler at 5:09 PM No comments: 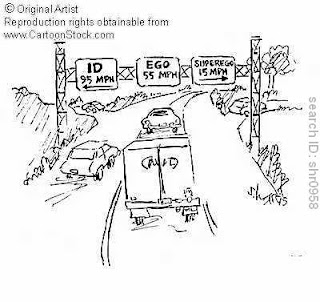 Don't be fooled - in therapy, you really don't speak in terms of id, ego and super ego. These represent terms that the analyst knows and understands but rarely uses with the analysand (you). Instead, in therapy you talk about your feelings (after first actually letting yourself have those feelings) and it's the feelings that are associated with these terms.

So the poor, mis-named super ego really represents guilt. Nothing super about it. Sure, it may keep us all (or those of us who are not socio- or psychopaths) on the correct path within society's requirements, but it does so at a cost.

Freud apparently associated it with fathers, which is a bit confusing, since most guilt inevitably comes from mothers. But that's Freud for you. Not that he's kind to mothers; he associates them with feelings of fear (and mostly fear of castration). A bit too much in the way of 'feelings' for this post.
Posted by bluestraveler at 12:24 PM No comments: 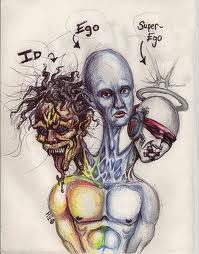 The ego gets a bad rap because of people like Donald Trump.

That doesn't mean those whiners in my old group therapy sessions were right about the world (and it doesn't matter). It means that when trying to negotiate life in a world filled with other people who, for the most part, aren't aware of their own issues or the problems those issues cause for them or others, it takes a strong ego to get through it. And a strong ego is tough to develop when all that self awareness is lacking in those other people.

Which brings us right back to those unaware people who raised us, doesn't it? (I warned you that it always comes back to the parents.)
Posted by bluestraveler at 12:21 PM No comments:

Many times self-examination isn't a pleasant journey. If we're honest, we usually discover that we aren't such nice people after all. And we don't get to blame even half of our unpleasantness on our parents, unfortunately. (I've tried, believe me.)

I've been in group therapy where some members of the group never came to that realization. They believed (perhaps still do) that everyone else is mean to them, resentful and jealous of them, and bitter towards them. All about other people's faults and not so much about their own.

Perhaps it's true that others were resentful, jealous and bitter (or maybe that's just how I felt about them). But that doesn't mean that they weren't assholes hell-bent on succumbing to their urges and blaming other people for it. Like most of us.
Posted by bluestraveler at 12:00 PM No comments:

Why try to solve this when all that will happen is that you'll begin to see the sense in what the paranoid is saying?

As a recent television show tagline says, "Not all conspiracies are theories."

Anyone who has experienced the fears of a hypochondriac or mysophobe begins to question whether life before exposure to that person represented simple blissful ignorance or blatant stupid ignorance. (Note that the paranoid always will tell you it was the latter.)
Posted by bluestraveler at 8:01 PM No comments: 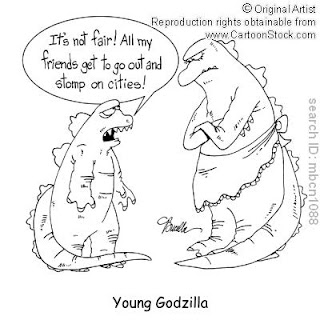 My readers tell me that I sound bitter in this blog.

I suppose that's true. Bitter towards my parents. All parents, really. You shouldn't procreate until you understand that you will make mistakes and your children will suffer for those mistakes and require some sort of therapy.

Bitter towards my therapist for all the work and the cost. But you can't become a therapist and not expect that. (It's called transference for those of you who live unexamined lives - a topic for a future entry.)

Some psychologists believe that bitterness should be considered a mental disorder, but isn't that like those oil company owners (that's you David Koch) creating and funding non-profit think tanks that fight the concept of global warming? Suspicious at best. 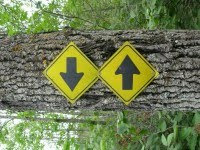 Perhaps a healthy level of ambivalence IS needed to simply get through life.

Or maybe I'm thinking of a healthy level of paranoia.
Posted by bluestraveler at 6:57 PM No comments: